One of the earliest organizers of communist activity in Bengal. Born on December 6, 1901 in Burdwan district. Resigned his job to take part in the Non-Cooperation Movement in 1921. Came in contact with Muzaffar Ahmad after release and joined the Workers’ and Peasants’ Party. Worked to organize the Communist Party when Ahmad and others were imprisoned in the Meerut Conspiracy Case. Played an important part in regrouping the CPI Central Committee in 1933-34. Founded the Ganashakti Publishing House. Imprisoned several times. Member of the West Bengal Legislative Council from 1952 till his death on April 29, 1966. 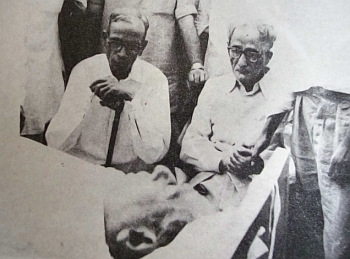